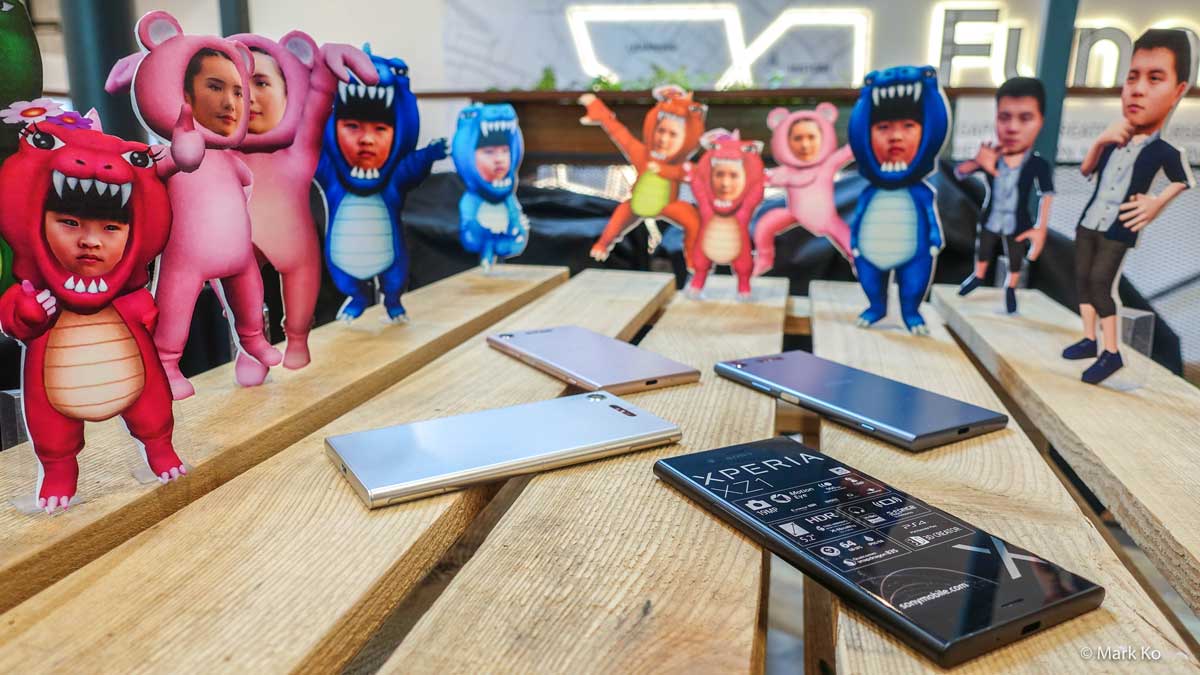 Sony has launched their latest flagship smartphones – the Xperia XZ1, XZ1 Compact and XA1 Plus – and they are the first smartphones to be shipping with Android 8.0 (Oreo). But it is not the operating system that caught our eyes. It’s the functions that excite us the most. Here’s our first look at Sony’s latest flagship lineups.

There are four main selling points for the Xperia XZ1 and XZ1 Compact. They both can shoot super slow motion videos at 960 frames per second (fps), have Predictive Capture,  take sharper photos of moving objects with Auto-focus Burst and 3D Creator  Let us break it down for you.

Most of the smartphones nowadays are equipped with slow-motion video capturing function. However, none of the other smartphone manufacturers looked into improving the 240 fps video quality other than Sony, which has come up with 960 fps. All thanks to the new Motion Eye camera, “built using the know-how from their alpha and Cyber-shot ranges.” Here’s a video of what 960fps looks like as compared to 240fps.

Many of us definitely have experienced missing the perfect shot of our loved ones or our friends as the perfect moment often happens very quickly. This is where the Predictive Capture comes into play. This feature takes four photos of your subject, one second before you click the shutter button, minimising the chances of missing out the perfect moment.

Almost all smartphones have burst mode. Simply press and hold your shutter button and your shutter goes crazy. What is even crazier is that with Sony’s Auto-focus Burst mode, users can now focus on a moving object, take photos of it in this burst mode without losing any resolution at 10fps, up to 10 seconds. If my maths is correct, it’s 100 photos of a moving object at full resolution. Heads up, OOTD peeps!

3D printing has been the most exciting technology for the past two years. However, in order to get your stuff printed, you will require a 3D scanner. Now, with the 3D Creator on the XZ1 and XZ1 Compact, your smartphone can also function as a 3D scanner, and you are able to translate it and share it on multimedia with your friends. You can even send it over to 3D printing companies like Shapeways to make your 3D avatar into memorable keepsakes. However, is it a gimmick or is it really good? Check this video out on how it works.

The new Sony Xperia XZ1 is louder than the previous model. To be exact, Sony says that it is 50% louder. This is an extremely welcoming move because the previous model, the volume was very disappointing and often an earpiece or a Bluetooth speaker is required to even watch YouTube.

What do we think?

We feel that the new Sony Xperia flagship smartphones are going in a different direction from the other major smartphone manufacturers, which is a good thing. Now, other than the iPhone, consumers finally have another option to consider that’s offering something unique.

The main four selling points of the new Xperia lineups i.e. Super Slow Motion 960 fps, Predictive Capture, Auto-focus Burst and 3D Creator are very relevant in today’s context. To be honest, many smartphones are very comparable in terms of features and camera specifications. But with the Xperia XZ1, we believe that Sony has reignited the spirit of innovation once again.

Now, to the question – Buy or Bye? Buy if you like how it looks and will use the four selling points often. Bye if you prefer something that has a better battery life.

The Sony Xperia XZ1 (S$898), XZ1 Compact (S$668) and XA1 Plus (S$498) will officially launch on 7 October at all authorised local retailers. Pre-order starts today and you will receive some pretty good complimentary accessories if you pre-order it before 6 Oct. See below for more details.

Note: We will be writing separate articles and discuss on their specifications in the next few days. So stay tuned!