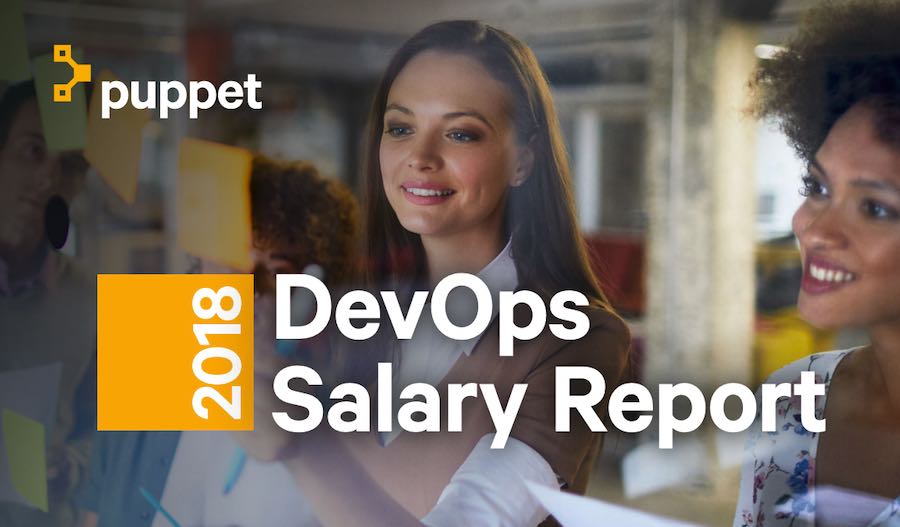 Puppet, the standard for automating the delivery and operation of the software that powers everything around us, has released the findings of its fifth annual DevOps Salary Report. The report, based on over 3,000 responses collected through the 2018 State of DevOps survey[1], examines a myriad of factors impacting salary levels including leadership support for DevOps, role, demographics, industry and size of an organisation.

The report reveals that IT practitioners and managers in APJ report an average earning between US$75,000 to US$100,000 per annum, while their counterparts in Europe are trailing behind with an average earning of US$50,000 to US$75,000 and the US is leading the pack with an average salary range of US$100,000 to US$125,000. The report also reveals that where strong leadership support for DevOps exists, there are less individuals in the lower salary ranges and more incomes above US$100,000, at both manager and practitioner level.

Darryl McKinnon, Vice President & Managing Director, APJ, Puppet, comments: “Organisations are changing the way they approach and deliver IT services, driving the need to invest in bringing in the right mix of talents. They are seeking talent that is not only adept at navigating the technology landscape but also able to innovate and elevate the software delivery process. The link between salary trends and DevOps adoption is proof of the growing demand for IT talent that can successfully guide organisations in developing better and more innovative software using DevOps tools and practices.”

Other key findings include:

Technology and hiring trends have also changed how HR operates in a broader sense. Josephine Goh, Head, Human Resources, Singapore, Puppet, comments: “From innovating processes to encouraging creativity among employees as part of the talent development strategy, the digitalisation landscape means that HR leaders must embrace the changes and adapt to the digital way of thinking in areas of employee retention, development and recruitment. The success of DevOps can create intense competition for talent among companies. Puppet’s latest report is a timely reminder for HR leaders to constantly rethink and reinvent HR practices so that they can attract the best DevOps and IT professionals.”

To view the full DevOps Salary Report and see how your own salary compares to others in your region and field, you can download the report here.

[1] The State of DevOps survey is the largest, most comprehensive and longest-running study on the topics of DevOps, IT performance and organisational performance. The survey includes responses from professionals across six continents.

[2] 2018 Survey had a larger sample size from the Singapore and Japan region potentially leading to higher salary averages.

Next post Börje Ekholm: Ericsson to switch on 5G globally in 2019
Close
Menu