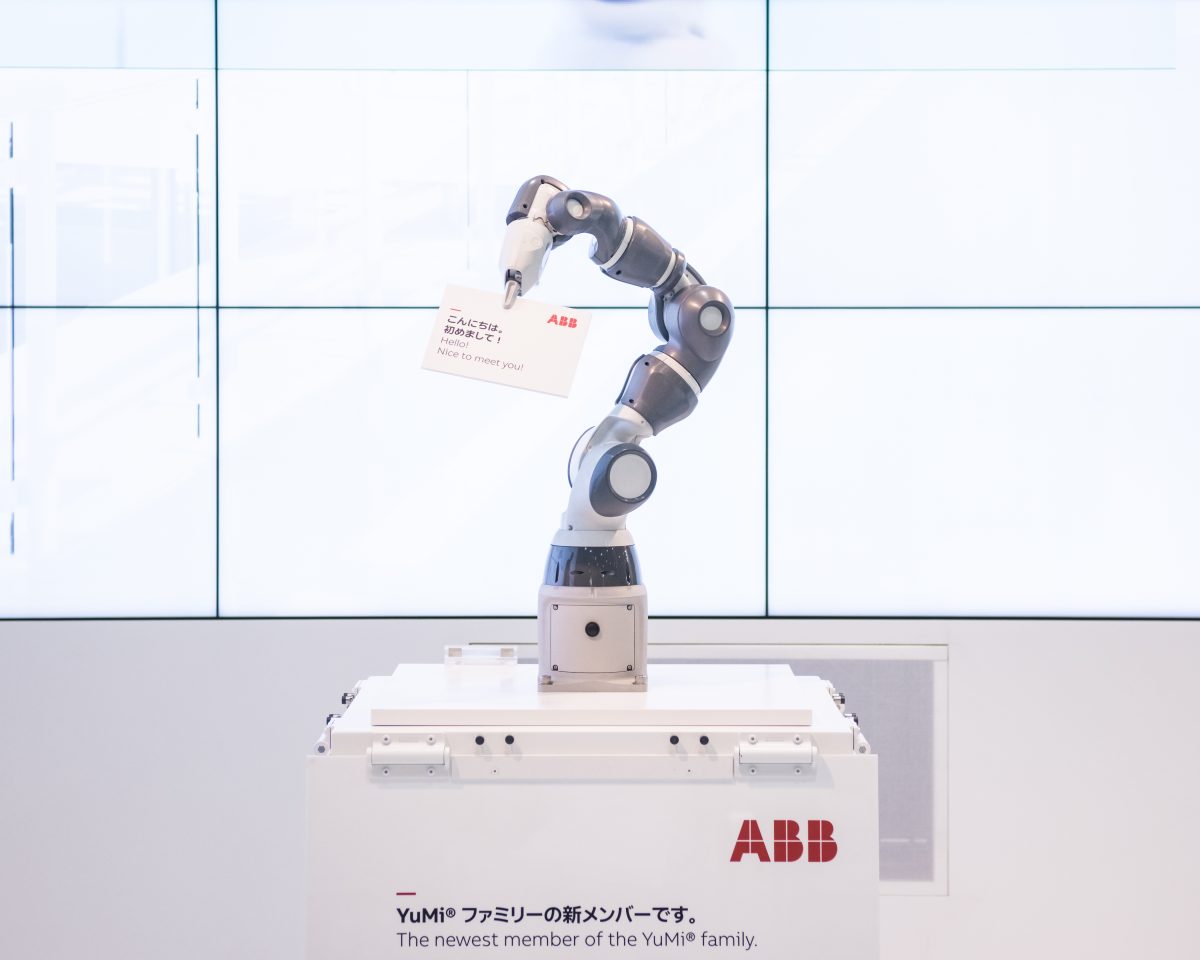 Building on the success of YuMi®, the world’s first truly collaborative, dual-arm industrial robot, ABB unveils its single-arm collaborative robot, which combines industry-leading capabilities with a much smaller footprint

ABB is previewing its newest collaborative robot, now with a single arm, at the International Robotics Exhibition (iREX) 2017 in Tokyo. As their name suggests, collaborative robots are designed to work alongside humans on the factory floor to raise productivity and support the transition to mass customi-zation. The robot will be officially launched in 2018.

Like YuMi, a small-parts assembly robot introduced in 2015, the new robot has a payload of 500 grams and, thanks to its compactness, is easily integrated into existing assembly lines, increasing productivity. The new robot also features lead-through programming, eliminating the need for specialized training for operators.

“The success of YuMi has exceeded expectations; it was originally designed for small-parts assembly, but it has turned out to be exceptionally versatile – it can solve a Rubik’s Cube, make sushi, wrap gifts and conduct an orchestra. Based on YuMi’s enormous success, we fully expect our new single-arm robot to be equally well-received, especially since it was developed at the request of customers,” said Sami Atiya, President of ABB’s Robotics and Motion division.

“We continue to build our collaborative robotics portfolio,” said Per Vegard Nerseth, Managing Director, ABB Robotics. “The newest robot is a much anticipated addition to the ‘factory of the future,’ enabling our customers to grow and thrive in the age of mass customization. Combining this robot with our ABB Ability™ digital solutions will allow our customers to take efficiency and reliability in their factories to the next level.”