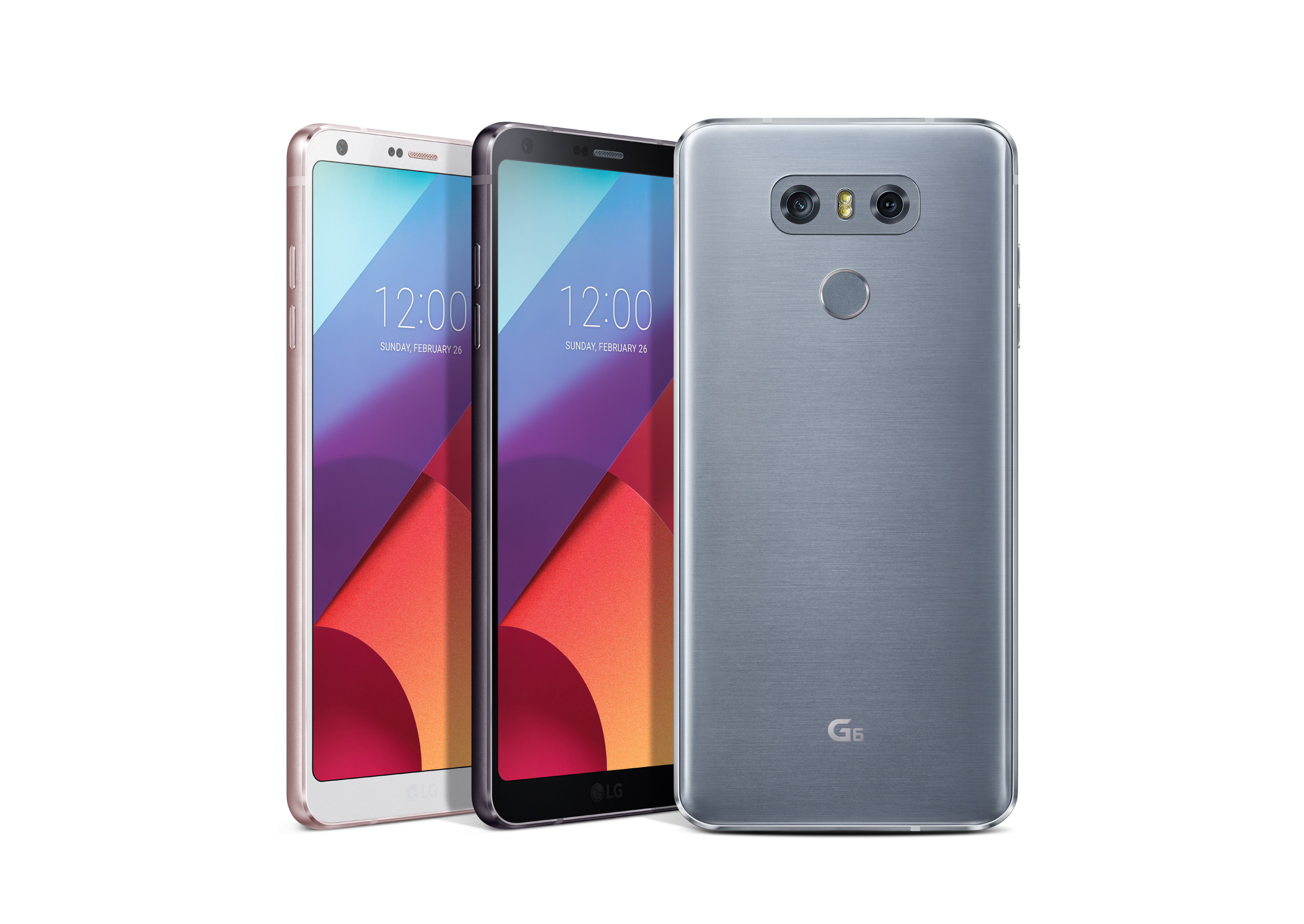 LG has finally unveiled its latest flagship smartphone – LG G6. and we love what we are seeing.

The LG G6 has a 5.7-inch QHD+ (2,880 x 1,440 resolution) FullVision display. This is the first time in smartphone history that a smartphone screen has an 18:9 aspect ratio. It features more viewing space and offers much greater viewing experience when you are gaming or watching videos, which is what LG wants you to enjoy.

LG is the first to have Dolby Vision technology added to its smartphone and besides that, it also supports High Dynamic Range (HDR) 10. This means that it allows a wider range of colour and luminosity, making the images more vivid and detailed. Pairing all these with an almost bezel-less front, you can be sure that on-screen entertainment will never be the same again.

The G6 sports a Qualcomm Snapdragon 821 processor with 4GB of RAM, 32GB of internal storage or 64GB UFS 2.0 ROM that is expandable of up to 2TB with an external MicroSD card. It will be running on the Android 7.0 Nougat.

The smartphone weighs at 163g, which is a little heavier than the Samsung Galaxy S7 Edge. But it should not be a problem. G6 is both water and dust resistant. It can stay immersed in 1.5 metres of water for about 30 minutes. But do not try it out unless necessary as once again, the keyword here is RESISTANT. It is not waterproof and dustproof.

Also, the G6 has Bluetooth 4.2 BLE and is NFC-enabled. It uses USB Type C 2.0 so your other USB cables will not be able to work on it.

According to LG’s press release, the G6 is designed to be “dependable even when the going gets rough.” It said that the G6 can endure high temperatures and nail penetration. There is an internal heat pipe that dissipates heat so it should be safe to use it on a plane.

The battery life for the G6 is pretty decent at 3,300mAh. It should last a day thanks to the Snapdragon 821 processor. And yes, it is unremovable. We’ve been through that already.

The camera has always been a top focus on smartphones. This year, LG is making sure that they are at least a few steps ahead of their competitors, introducing dual 13 MP rear cameras, including a 125-degree lens. With it, it can capture more objects in its frame than any other smartphones. It can also produce sick panoramic shots thanks to the wide angle lens. The aperture of the rear camera varies between f/1.8 to f2.4 depending on whether you are using the standard lens or the wide angle lens.

At the front, the G6 has a 5MP f/2.2 camera with an expanded 100-degree field of view. This means that you can hold it with your arm and yet capture more people in the frame than ever before. Thanks to the big screen, recently taken photos can be viewed in a separate window in film mode so you do not have to launch your gallery to view them.

The G6 can also take photos in different ratios for different purposes like the 1:1 ratio that is ideal for Instagram, Snapchat and other social media apps. There are also 4:3, 16:9 and 18:9 ratios for users to choose from. Users can also create GIFs by combining between 2 and 100 photos from the gallery.

If you have not been using Google Assistant (GA), you are missing out what AIs can do for you. And this time LG is making the GA work better on the G6. The LG team has been working closely with Google to create the best GA experience for the users. They have made the Google Assistant work seamlessly with LG’s applications. So for most of the time, when you say, “Ok Google”, for something, it should do what you want it to do such as opening apps, manage everyday tasks and get fasters answers to your queries.

The more you use it, the more it will know about you and personalise its features to you. Muahahaha! Creepy but useful.

Here are the BUTS

The screen aspect ratio of 18:9 is not compatible with a lot of applications and functions now. So users should expect the lack of support for months before developers start to create applications for it.

LG also mentioned in its press release that the G6 is designed to be “dependable even when the going gets rough.” It stopped short of saying if it will crack easily when hit from the sides. I guess no one can guarantee that.

The G6 is the biggest announcement at the MWC 2017 yet. The specifications are great and the display is above the rest in the market. Users can expect ridiculously good image quality coming out from the screen. Eyes will bleed in a good way.

All in all, the LG G6 is a great phone. If you love big phones, you will definitely love the G6. More test will need to be done to know how it will fare against other competitors. But for now, the G6 is worth buying.