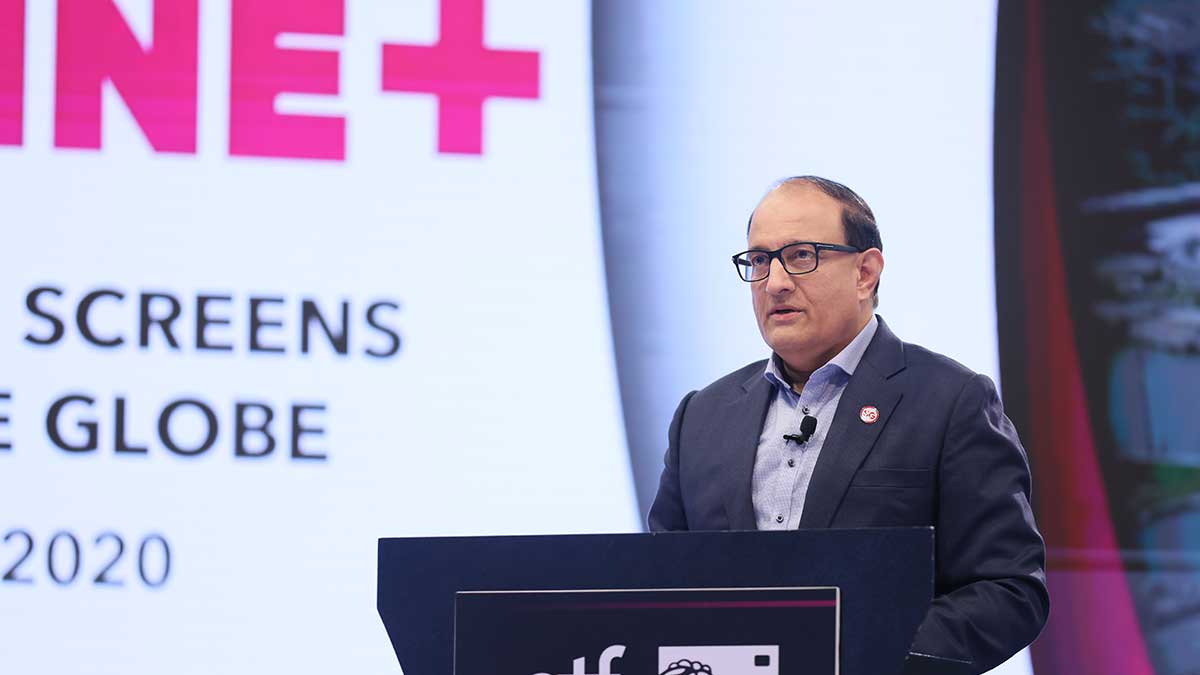 The programmes, which will further strengthen the competitiveness of Singapore’s media ecosystem, were announced by Minister for Communications and Information, Mr S Iswaran at the opening ceremony of the Asia TV Forum & Market (ATF) and ScreenSingapore, held as part of the annual Singapore Media Festival (SMF).

“I am heartened to see our companies and talent forging ahead to find new ways to share our Asian stories. Thank you for bringing us respite with these amazing stories, reimagined for an unprecedented time. The resilience and ingenuity demonstrated by the media industry throughout this period is a story waiting to be told, to inspire future generations of storytellers,” said Mr Lew Chuen Hong, Chief Executive, Infocomm Media Development Authority of Singapore.

IMDA has unveiled two new partnerships with Audible and KC Global Media Singapore, and will be rolling out a series of initiatives with these new and existing global media partners e.g. CJ ENM HK, WarnerMedia in the coming months. Launched under the umbrella of the Capability Partnership Programme (CPP), this series of collaborations with our partners are expected to benefit nearly 90 local media companies and over 700 media professionals in 2021 through job creation and opportunities for upskilling. Local companies and talent will be able to grow their capabilities, innovate with new formats and platforms, and showcase their works internationally.

The two new partnerships are:

IMDA is also working with its existing CPP partners to expand their initiatives and introduce new ones. These include:

Over the past few months, the IMDA has introduced a series of measures to support the local media sector.

The S$8 million Public Service Content (PSC) Fund, launched earlier this year in partnership with Mediacorp, Singapore Press Holdings and Viddsee, aims to catalyse production projects through commissions of short-form content for their digital platforms. Following a call for proposals, the fund was awarded to 78 new commissions, benefitting 67 local media companies such as August Pictures, Verite Productions and Butterworks. 22 new titles were released on www.meWATCH.sg, www.viddsee.com and SPH’s digital platforms in November. Viewers can look forward to titles such as ‘Love Unbound’, ‘Singapore Sonnets’ and ‘Dim Sum’, with more titles to be released progressively by September 2021.

Ongoing projects have also made positive developments amidst this challenging climate. Three out of the eight feature films awarded at the inaugural Southeast Asia Co-Production Grant (SCPG) in 2019 are now in post-production, with the rest scheduled to start filming early next year. To continue supporting these “Made-with-Singapore” projects, a second call for proposals was launched in August 2020.

The seventh edition of the Singapore Media Festival (SMF) is underway and runs until 6 December. As one of Asia’s tentpole media events, its partner line-up has always reflected the changing media industry where screens, genres, formats for storytelling, entertainment and technology are converging and creating new possibilities.

Two new events have recently been announced as part of this year’s line-up – gamescom asia’s inaugural Singapore Games Market Bootcamp, which took place yesterday, and SuperGamerFest launching on 5 December. More information on SuperGamerFest can be found at Asian Storytelling, Reimagined: New Genres And Fresh Opportunities For Asian Creators At The Singapore Media Festival 2020.

Singapore Games Market Bootcamp is part of a Digital Miniseries of events produced by the organisers of gamescom asia, the first satellite event of the world’s largest computer and videogames festival: gamescom. Yesterday saw the broadcast of its inaugural hybrid event to viewers across the globe, while 150 Singapore-based audiences attended the hybrid event live at Suntec Convention & Exhibition Centre and were able to experience the excitement first-hand.

VidCon, the digital evolution of the world’s largest celebration of online video and digital creators will be launching its first Vidcon Now Asia series in Singapore on 3 December, anchoring around the present and future of the region’s online and community-led media. Speakers include leading creators and media players like Patrick Starrr, Mr Kate, and Wengie, as well as a special live appearance from kuki.bot, the world’s first synthetic AI transhuman and her creators.

More details of the Singapore Media Festival calendar of events can be found at www.imda.gov.sg/sgmediafest.

Next post The Future Of Cybersecurity Lies In Human Intelligence