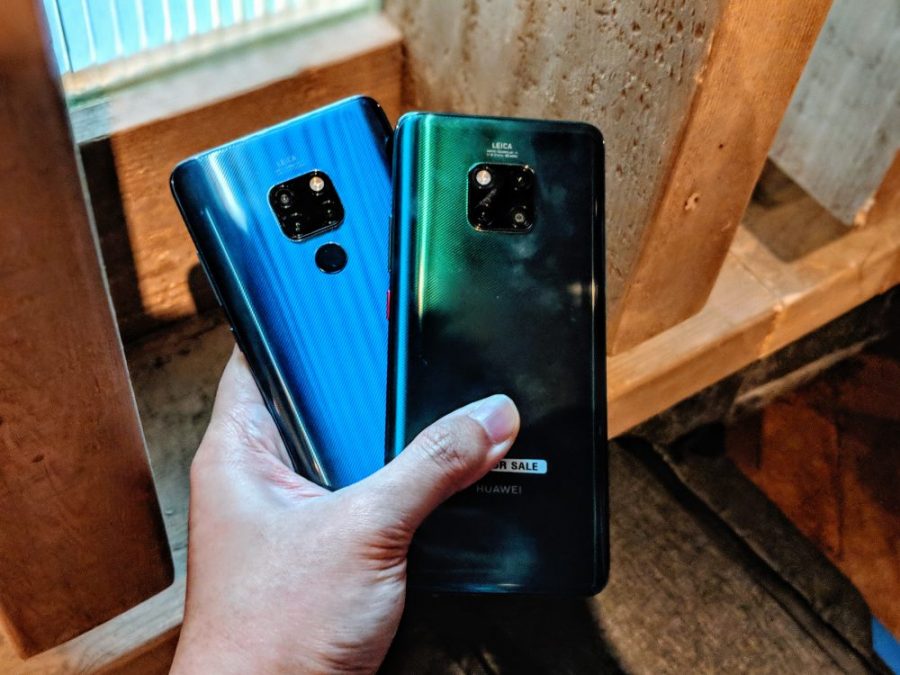 Innovation in the smartphone industry has slowed down in the past two years. It could be due to a plateau in ideas or that the manufacturers are thinking of ways to offer more while keeping the cost price low.

But whatever is the reason, it did not stop Huawei from innovating.

As we were wondering what else the rising dragon from the East can offer that the other tech giants have not, Huawei managed to surprise the world by packing more features and functions into their devices that cost reasonably less than its competitors.

After studying the smartphone during its preview in Singapore and sifting out the essentials from the non-essentials, we found four reasons why you should get the HUAWEI Mate 20 Pro.

And they are the ones that truly set it apart from its competitors.

Looking at the cameras that Huawei has integrated into their flagship device, the company is essentially offering you a smartphone with a 16-270mm zoom lens.

The focal length is your perfect companion for your vacations without having to lug around or dangle a DSLR over your neck.

The new setup also supports macro photography that takes sharp images at a 2.5cm distance from the subject.

In the camera software department, the Mate 20 Pro also comes with a number of delightful features for your photography needs.

But that’s just a fraction of the reason why we are highlighting this.

While wireless charging is now officially a thing, Huawei pushed it to the next level with a 15W HUAWEI Wireless Quick charge feature and a 40W  HUAWEI Supercharge.

The latter means that while you charge your phone through its adapter and cable, you can get your device juiced up from zero to 70 per cent in 30 minutes.

Whether it is a gimmick or not, the Mate 20 Pro can also act as a power bank too but not in a conventional way.

With a flip of a switch in the settings, the Mate 20 Pro can wirelessly charge devices like an iPhone or a Samsung flagship, by placing them back to back.

Jumping ahead of its competitors, Huawei decided to ditch the wire for a wireless solution for its HUAWEI PC Mode.

Essentially, what the Mate 20 Pro can do is to have its screen mirrored onto a larger display or enter into the desktop mode for work.

Unlike its predecessor, Mate 10 Pro, which required a cable connection, the Mate 20 Pro can cast its display using a HUAWEI wireless dongle.

This is extremely useful when you are doing a presentation, share your travel photos on a bigger display or for other entertainment purposes, without being restricted by the length of a cable.

HiVision is an AI object recognition technology that’s similar to the Google Lens. Aside from identifying products using the camera and suggesting the e-commerce websites to complete the purchase, the HiVision is also capable of reading nutrition values.

Point it to an Apple; it will tell you the average calories it contains. Point it to a plate of pasta; it will do the same.

The HiVision also supports real-time translations in the portrait mode, which will be an excellent travel companion when you travel.

One thing to note is that it currently supports only ten languages such as English, Chinese, Korean, Japanese, Spanish, Italian, German, Russian and Portuguese.

So what do you think? Is the HUAWEI Mate 20 Pro the smartphone for you?

Huawei’s growing dominance in the market is no coincidence. Years ago, they were still lying quietly in the shadows of copying Apple’s software and hardware design like most of the Chinese companies. However, they have since shed that past of theirs to surpass many tech giants in their mobile innovation and technological advancement.

After overtaking Apple in sales earlier this year, they are now gunning for the top position held firmly by Samsung.

Now, the world awaits to see what Samsung will offer on for its upcoming Galaxy S10 to rival their new competitor. But not to forget, after the Mate 20 series, Huawei’s new P series is on the horizon.

Let’s see what unfolds in months to come. Stay tuned.