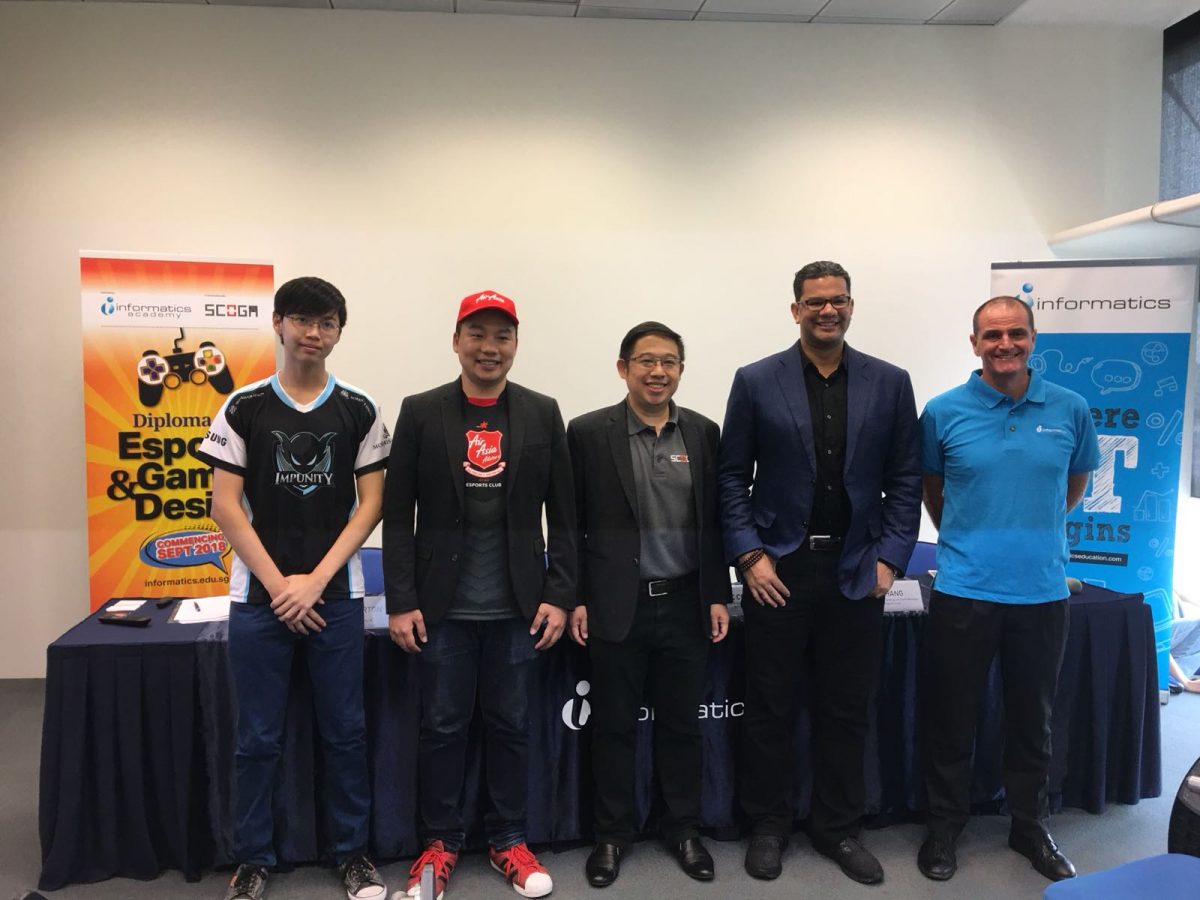 Informatics Academy has launched a new course on Esports and Game Design.

Designed by industry experts, the eight-month full-time or 12-month part-time Diploma in Esports and Game Design course aims to teach students on game development as well as the management of esports team and esports event.

In the press release, Informatics Academy shared that “students have to complete all eight theory modules to develop the foundation and practical skills in areas such as fundamentals of esports, live gaming, games development and team management.” Only then they could receive the Diploma in Esports and Game Design.

Graduates can also further their studies with an Advanced Diploma offered by the private education institution.

“The diploma will equip students with the practical skills and esports knowledge, for them to pursue a career in the field. This is the first time we are launching a diploma of such a nature and have already received tremendous interest. We recognise that there is a growing potential in the esports industry and we hope to provide a nurturing environment to groom future talents who are looking to establish themselves in this field.”

The launch of the diploma course has never been more timely as Singapore’s initial lukewarm interest in the eSports industry is starting to heat up. This could be because of the revenue that this industry could potentially bring to the table.

According to a report by Newzoo, it is estimated that the esports industry would rake in an estimated revenue of USD1.5 billion by 2020, twice of the revenue in 2017.

In April last year, the National Youth Council supported the setting up of an Esports Academy by the Singapore Cybersports & Online Gaming Association (SCOGA), which signed three agreements with the online streaming giant, Twitch, NUS EI Lab and Emosis.

Application for the Diploma in Esports and Game Design

The Diploma in Esports and Game Design will be offered every year in January, May and September. Applications for the 1st intake in September 2018, is now open.

For full details of the programme, visit: http://www.informatics.edu.sg/esports-game-design-diplomas/