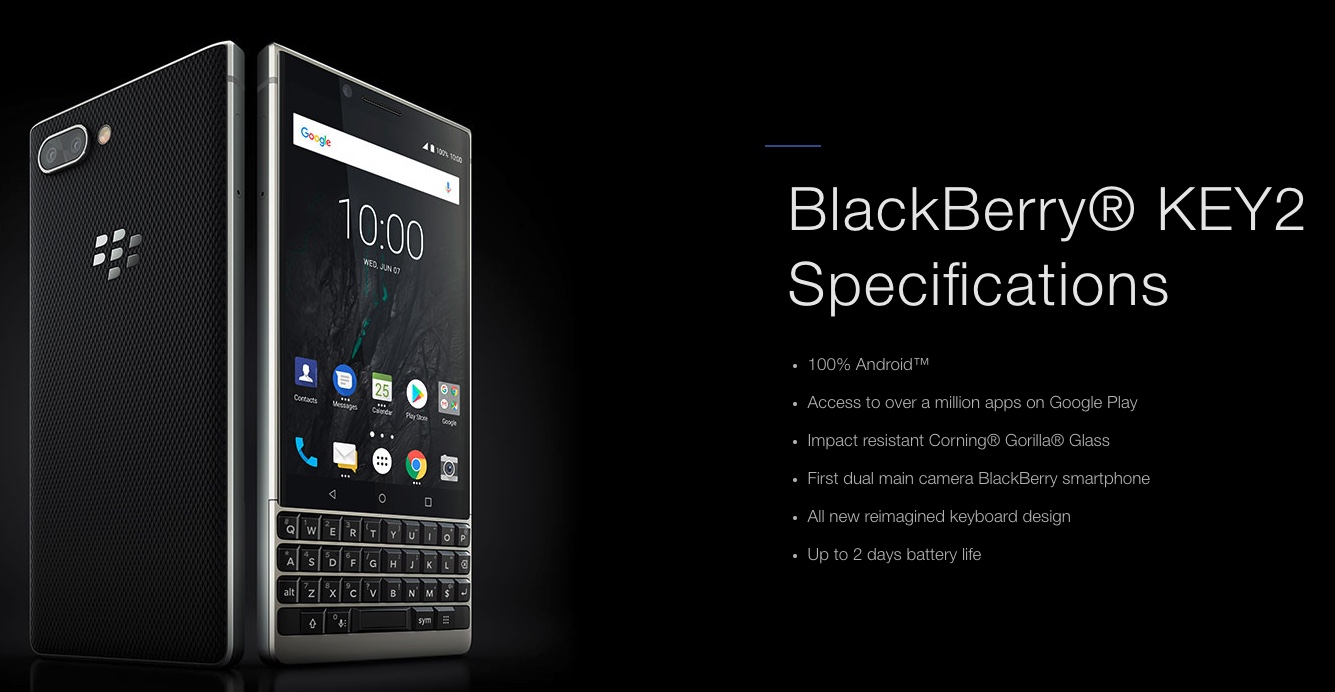 A few days ago, Blackberry announced the all-new BlackBerry KEY2 that features its iconic physical keyboard, which some reviewers in the US said it felt just like the BlackBerry Bold.

Now at this point, I’m sure there will be a bunch of people asking why in the world do we still need a physical keyboard? I get it.

The reason to still have a physical keyboard on a smartphone is because it can do more than the virtual keyboard on your screen. The keys on the BlackBerry KEY2, similar to its predecessor, BlackBerry KEYONE, can be assigned to launch applications. You can set up to 52 shortcuts like accessing your favourite app, call a favourite contact, etc.

What’s unique this time around is that users can leverage on a new key on the keyboard called Speed Key, to enable shortcut access to many functions on your device at any time without having to go to your home screen to find it.

The keyboard also doubles up as a scroller, and it supports flick typing, which you can flick suggested words into your content while you type, giving you a faster typing experience.

The new BlackBerry KEY2 now comes with 6GB of RAM, 64GB and 128GB storage variants (expandable), a 3,500mAh battery, and it is powered by Qualcomm Snapdragon 660 processor. I know that it’s no Qualcomm Snapdragon 845, which is now on most flagship smartphones but knowing how things still work snappily fast on certain phones, we could expect the same or not. So let’s not put a verdict on that just yet.

Another upgrade on the BlackBerry KEY2 is the addition of Qualcomm Quick Charge 3.0, which is essential for all smartphones given how mobile users are nowadays (Get it? Mobile… users?).

The dual-rear camera sure is the new benchmark for all smartphones although LG was the first to push it out into the market.

And yes, it comes with a portrait mode.

The presence of artificial intelligence in smartphones is gaining traction in recent days; sadly, the BlackBerry KEY2 does not have it. However, since it’s running on stock Android, you can still rely on the Google Assistant and Google Lens.

BlackBerry said that the KEY2 will set sail globally this month and we can’t wait to try out one set ourselves because BlackBerry is the only company now that produces the most uniquely designed smartphone you will find in this era yet. The suggested retail price starts at $649 USD / €649 EUR / £579 GBP / $829 CAD.

So BlackBerry fans, what’s your take on the new upgrades? Leave your comments below.