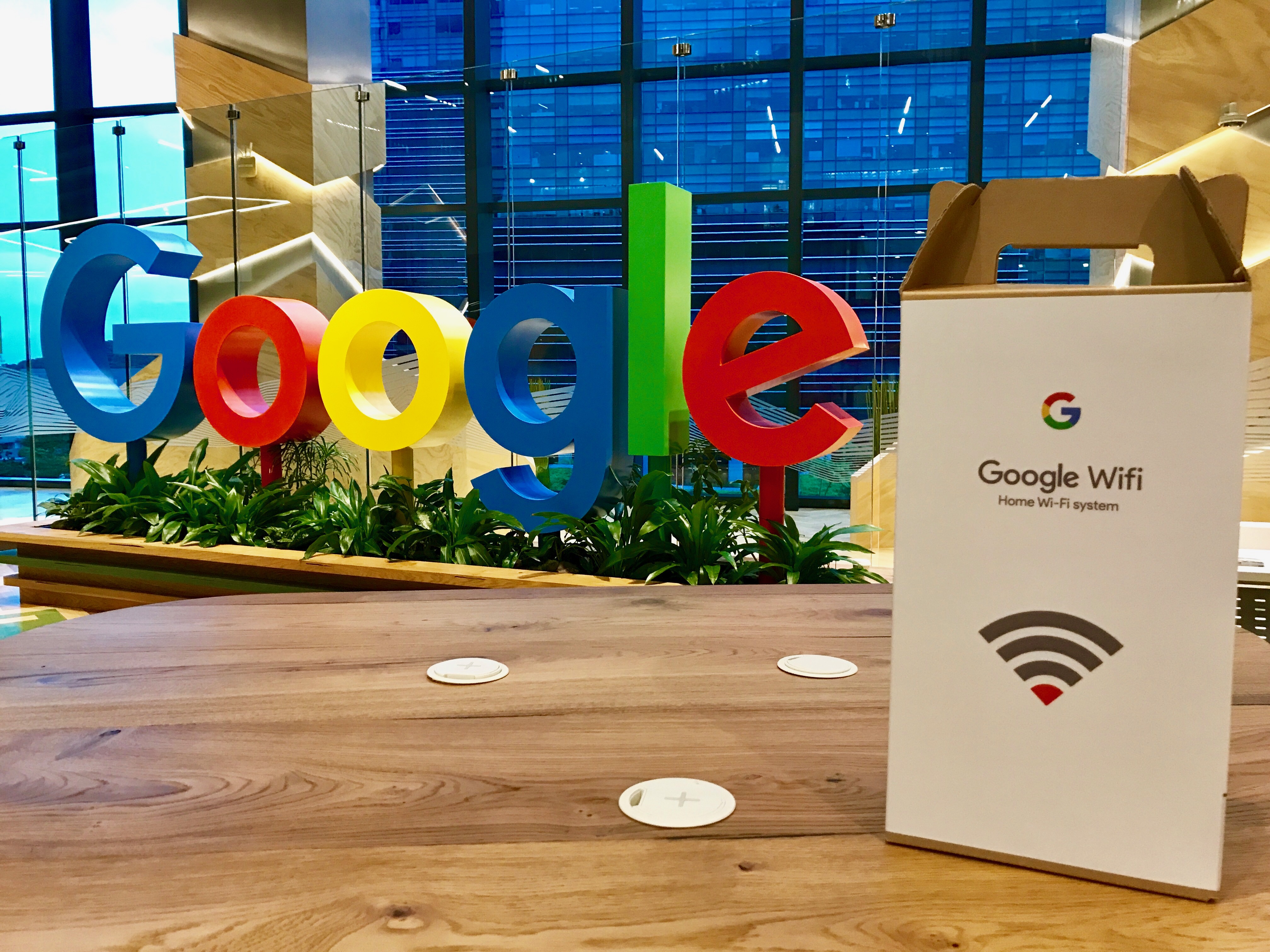 With Google Wifi setup, the Wi-Fi dead zone or dead zones in your home will come to life. It does not matter where you are in your nest, as long as you have a Google Wifi in that spot with you, you will receive strong and fast signals for all your devices that are connected to the same network.

Google has chosen Singapore as the first Southeast Asia country to introduce the Google Wifi because of the consumer readiness.

Mr Martin Geh, Managing Director, APAC Hardware Partnerships, said that three out of four Singaporeans are on the Internet at least once a day and on average, Singaporeans spend at least six hours online.

Unlike other mesh networking system, the Google Wifi empowers the manager i.e. the person who set up the network, to do more than just surfing the Internet like everybody else at home. The manager can assign “more bandwidth and a faster connection” to a particular device by selecting it as a “Priority Device” through the Google Wifi app. This gives the device user more speed to watch their favourite online shows without buffering.

According to Google, “a three-pack Google Wifi can cover homes of up to 2,700 sq. ft (251 sq. m).” This means that the signals from the devices will overlap one another. However, your online experience will not change thanks to the Network Assist. Running in the background, the Network Assist will help to detect signal strengths from one point to another so as to provide you with the most optimal Wi-Fi connection.

The Google Wifi also has another useful feature up its sleeves that will benefit the parents the most and not their children. In the Google Wifi app, parents can set a certain timeframe to pause the Internet connection from their children’s devices such as study time, dinner time or bedtime. This is a targeted way to maintain control over your children’s time spent on web surfing, which means that other devices connected to the same network can still function. Just don’t let your kids near those devices.

The setting up of the Google Wifi is not complicated and you may not even require a technician to help you with it. But you do need a Google account and the Google Wifi app, which is available on Android and iOS to begin the setup.

Here’s a step-by-step guide to show you how it’s done.

Where to get the Google Wifi?

Starting 31 August, customers signing up for or renewing the selected StarHub Broadband or Hubbing all-in-one plans will be able to get a three-pack Google Wifi at S$0 upfront cost. The charges for the three-pack Google Wifi will reflect on your monthly bill at S$15 over a 24-month period with the StarHub’s interest-free instalment scheme. You can also choose to pay the upfront cost of S$360. Either way, the cost will be the same.

If you wish to opt for the traditional routers, you can also do so when you sign up for your broadband service. So do consult the sales executive for more information.