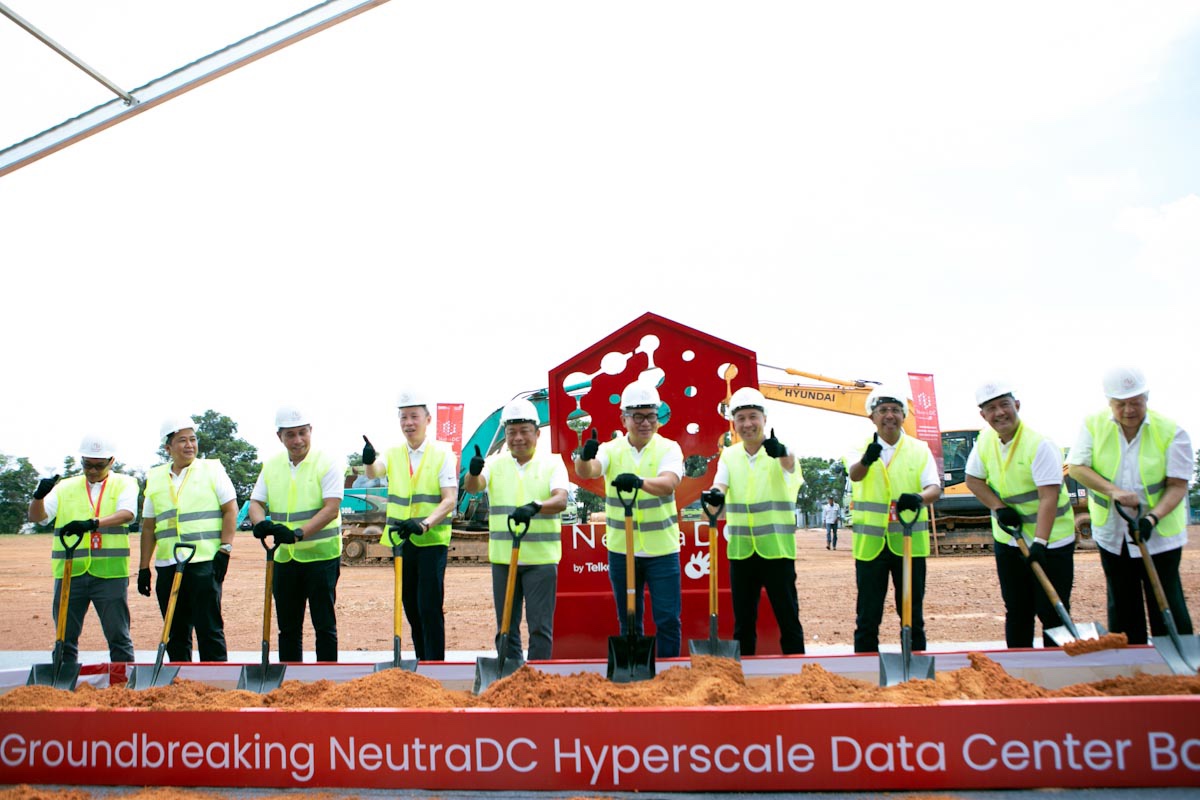 Singtel has entered into a strategic partnership with Indonesia’s largest telco Telkom, and Indonesian energy company Medco Power for its first data centre project in Indonesia. This is the third market for Singtel as it advances its regional data centre strategy to address digital infrastructure demand critical to ASEAN’s growth. The signing of the agreement was witnessed by Indonesia’s Vice Minister II of State-Owned Enterprises Mr Kartika Wirjoatmodjo, Singtel Group CEO Mr Yuen Kuan Moon and Telkom CEO Mr Ririek Adriansyah, and comes on the back of a memorandum of understanding between Singtel and long-standing partner Telkom in April to collaborate in the area of data centres.

Singtel, Telkom and Medco Power also held a groundbreaking ceremony for the new hyperscale data centre located in Kabil Industrial Estate along Batam’s eastern seaboard. The data centre campus will be developed in three phases on a 8-hectare site and have a total capacity of 51 MW when fully completed with the initial phase of the project delivering approximately 20 MW. It will be built to the latest standards for reliability, security and sustainability with dual-source power including clean, renewable energy from Medco Power and the best connectivity through Telkom and Singtel to serve hyperscalers, multinationals and local businesses in Indonesia and Singapore. The data centre will be majority owned by Telkom while Singtel and Medco Power will be minority shareholders.

Indonesia’s demand for digital and cloud services is growing exponentially with its digital economy projected to be worth US$130 billion by 2025. This is expected to fuel the growth of its data centre market at a rate of over 11% annually to US$2 billion by 2025. As one of Indonesia’s key special economic zones, Batam is a compelling choice to launch this collaboration.

“With its location, ample land capacity and rich connectivity to Singapore, Indonesia and other parts of the world, Batam is expected to experience increasing investment spill-overs as a result of land and power constraints in neighbouring markets. Jointly developing a best-in-class hyperscale data centre in Batam will provide regional customers with a strong alternative. In fact, our hyperscale customers are looking to grow their cloud computing infrastructure to serve the APAC region while being located near Singapore. This maiden project will also showcase our differentiated one-stop offering to local and international businesses looking for support to grow their presence in Indonesia,” added Mr Lim.

Besides Indonesia, Singtel is developing a data centre with a capacity of 20 MW in Thailand with partners Gulf Energy and AIS. It is also adding capacity in Singapore with a new build in Tuas. Both data centres are expected to begin operations by 2025.