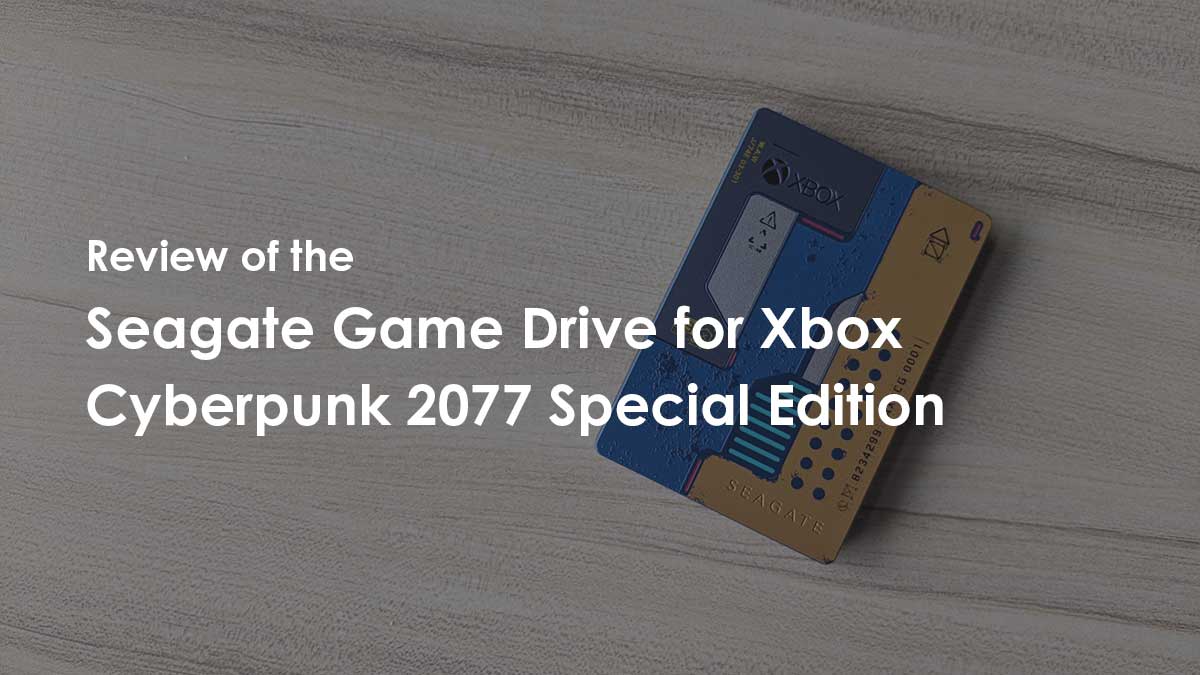 As a console gamer, I do not like the hassle of connecting anything external peripherals other than the cable to charge my controllers. That’s what I used to think until Seagate sent us their latest Game Drive for Xbox to try it out. Surprisingly, it has some interesting perks. Here’s our quick review of the Game Drive for Xbox Cyberpunk 2077 Special Edition.

First thing first. The design of the Game Drive for Xbox Cyberpunk 2077 Special Edition is unique and tailored to the likes of CyberPunk fans. However, for non-fans, I’m sure many of you will also appreciate the detail, standing out from the rest of your external storage drives, especially that blue LED.

The speed of the download and installation of your game will vary. If you are downloading the digital version and installing it onto your game drive, it will take some time… like hours depending on your network connection speed. Installation should be no different from using a disc. So, my advice is to get the disc version so that you can get it installed faster. Installing GTA 5 (~47GB) using a disc took me about 28 minutes or so and thereafter, it was nothing but game time.

I was skeptical about running the game on the game drive at first because I’m not sure if it can give me the same gaming experience as the onboard drive. But, there’s no difference and I did not experience any visible lag. Everything was smooth.

One of the key benefits of using a game drive to install your games on is portability. The Game Drive for Xbox Cyberpunk 2077 Special Edition weighs approximately 200 grams only! Imagine that you are going to a place, say your friend’s and they too have an Xbox. You can connect your game drive to their Xbox to start gaming together!

The Game Drive for Xbox Cyberpunk 2077 Special Edition will make a good addition to your console setup. The speed of installing physical disc games onto the game drive will be the primary reason why I will get one for my gaming console. Thanks to or blame it on Call of Duty: Modern Warfare’s scary 200GB size and setting the new benchmark.

The Game Drive for Xbox Cyberpunk 2077 Special Edition 2TB from Seagate is available for S$129 (GST inclusive) on Seagate’s official stores on Shopee and Lazada, Gamemartz/Shopitree, Playbox, Funz Centre, and Toy or Game.

It is compatible with Xbox One, Xbox One S, or Xbox One X consoles.