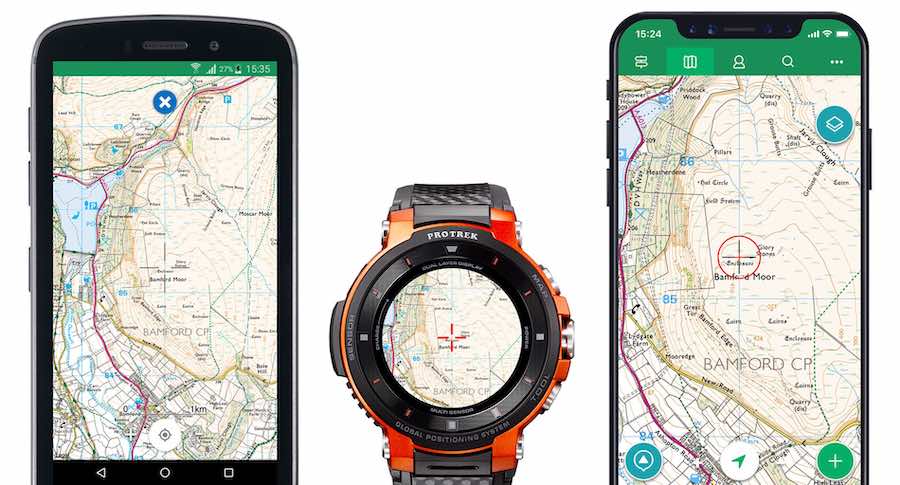 CASIO and ViewRanger have worked together on several projects over the past three years. This latest collaboration brings more optimised features for CASIO Pro Trek smart, including the latest WSD-F30 model that offers improved display quality and longer battery life within the smaller body so adventurers can explore with confidence in the outdoors.

Outdoor enthusiasts can use the ViewRanger app on a Casio Pro Trek smart to find routes near their GPS location, and select and save more than 20 offline map styles. The new ViewRanger app also works with iPhones (iOS) paired with CASIO Pro Trek smart. The app can run as a standalone watch app too, meaning no smartphone connection is required after downloading offline maps and routes into a watch. In addition, the ability to record a track and view them on an offline map without a phone is an exclusive standalone feature for CASIO Pro Trek smart.

“Our new Wear OS app on CASIO Pro Trek smart creates an incredible adventure companion,” said Craig Wareham, CEO at ViewRanger. “Finding the right trail is quicker and simpler. The watch recommends trails near your location then explorers can download trail guide information with photos, descriptions, and maps directly to the watch. Users can also record adventures and sync them to their ViewRanger account and smartphone.”

These new features, combined with CASIO’s rugged, outdoor smartwatches and Wear OS technology by Google, deliver a powerful set of tools to the wrist of explorers across the globe. With ViewRanger on a CASIO Pro Trek smart, explorers can use the following smartwatch features:

These standalone tracks and stats features are exclusive to CASIO Pro Trek smart.

The new app is available now on CASIO Pro Trek Smart WSD-F20, WSD-F20A, and WSD-F30 models. All features are now live in the Google Play Store except for standalone tracks and stats features which launch on March 1, 2019.