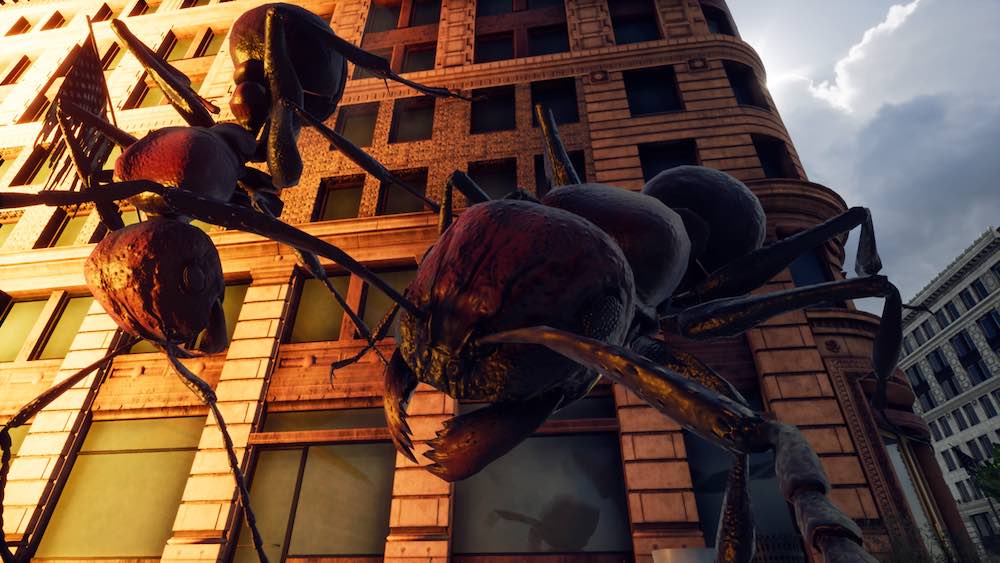 Sony Interactive Entertainment Hong Kong Limited Singapore Branch (SIES) announced today that the Traditional Chinese/Korean/English version of the PlayStation®4 title EARTH DEFENSE FORCE: IRON RAIN will be released globally on 11th April 2019. The game will be available for pre-orders on PlayStation™ Store in the Asian region starting on 25 January 2019.

EARTH DEFENSE FORCE: IRON RAIN moves away from the Earth Defense Force numbered series, and into new territory with a whole new EDF project. Set on planet Earth devastated by war, this new adventure joins the EDF as they continue to battle to save the world.

The installment follows in the footsteps of its predecessor Earth Defense Force 5 by being fully voiced in Chinese and Korean, making it possible to truly experience the world and story of EARTH DEFENSE FORCE: IRON RAIN.

Aside from the main game, this super value pack includes 2 special weapons that cannot be obtained in the game, as well as customisation parts.

In addition to the main game, this ultimate value pack also includes all post-launch DLC.

Next post Specialised, enabling and profitable: Kaspersky Lab unveils a new program to empower its partners