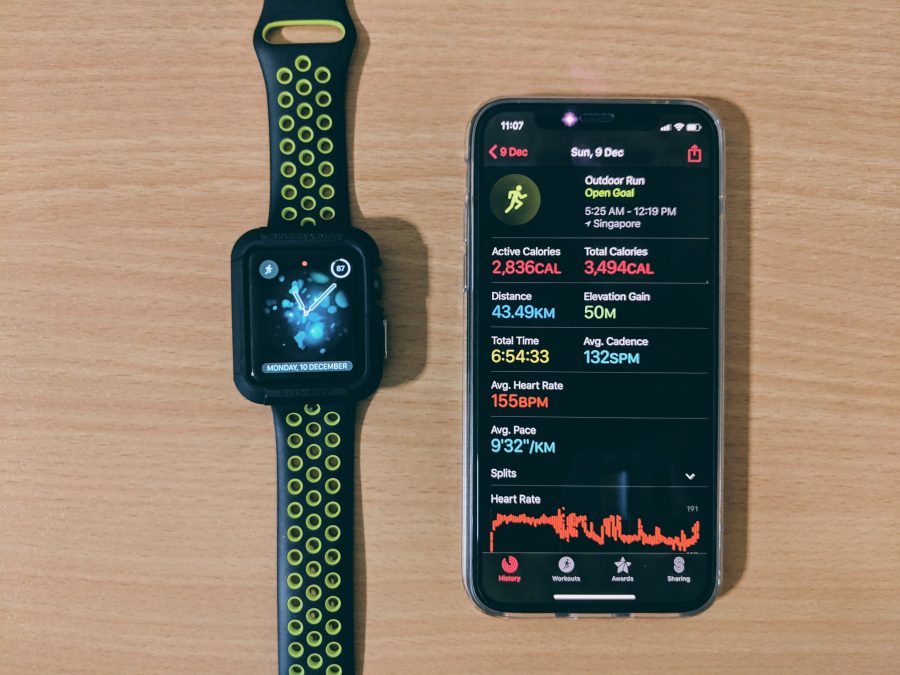 Here’s how well the Apple Watch Series 2 fare after a marathon.

Although not a deliberately planned test, I wore my Apple Watch Series 2 for the recently concluded Standard Chartered Marathon.

One worry I had the night before the race was the battery life of my Apple Watch. I’m not sure if it would hold up while I listen to music and run the workout app to track my distance, pace and time.

What I do know is that when its connected to my iPhone, the watch will leverage on the phone’s GPS than the one embedded in it.

Long story short, it did.

After the race, it still had 21 per cent of power to last me another good two hours before I charged it up again.

Here’s a breakdown of what I used on the Apple Watch during the run:

All these lasted me well over 6 hrs and 52 mins. To be more particular, I stopped charging my watch at 11 pm the night before the race and wore it out at 2.30 am.

My race started at 5.25 am, which means the watch was losing its charge approximately seven hours before I started the run.

To me, it’s a pretty big deal given that battery life is always one of the primary concerns of a user.

For runners, there’s also another concern when it comes to smartwatches – the accuracy of GPS. Was the distance accurate?

Well, every km was off by about 800m. It’s not that far off, but it could prove to be demoralising for a runner to know that he hasn’t hit a certain km when the watch says otherwise.

So what do you think?

Is the Apple Watch’s battery life still a concern after it conquered a marathon with 21 per cent of power to spare? Or are you looking for something that lasts longer?