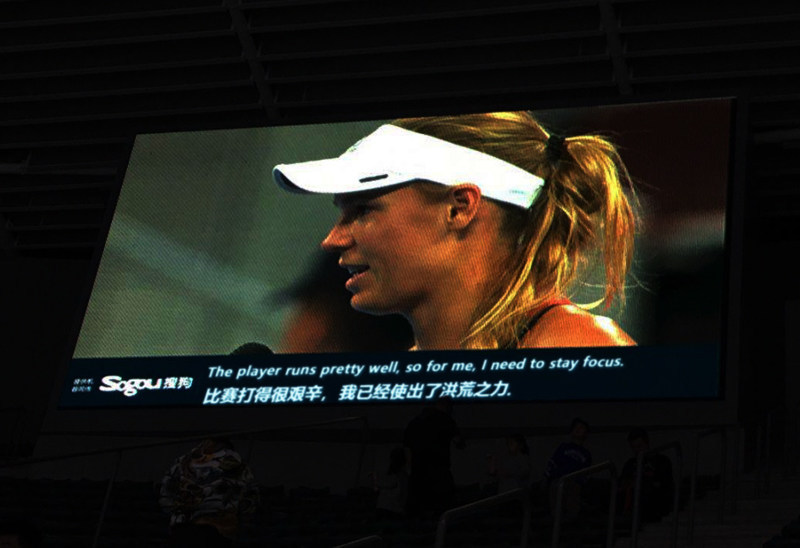 BEIJING – Sogou Inc., an innovator in search and a leader in China’s internet industry, today announced that the Company’s AI-powered machine simultaneous interpretation technology was successfully used to provide bilingual interpretation in Chinese and English during interviews and press conferences at the China Open Tennis Championship, held between 29 September to 7 October 2018, in Beijing.

This marks the first time that AI-powered automatic translation played a key role in an international sports event, helping all participants to better communicate and get real-time information.

“We’re excited and honoured to support the China Open with our AI translation technology. By enabling bilingual translation in real-time, instead of relying on consecutive translation or media coverage, reporters and tennis fans got first-hand information and enjoyed a better experience at this major international sports tournament.”

Mr Wang added, “Sogou has made significant progress in exploring and applying natural language processing and AI to machine translation. Our promising results in this field were further demonstrated this year with the launch of several AI-powered translation devices, including the Sogou Translator Pro, the Sogou Smart Travel Translator and the Sogou Smart Recording Translator, which aim to connect people from different countries and create a world free of multi-language communication barriers.”