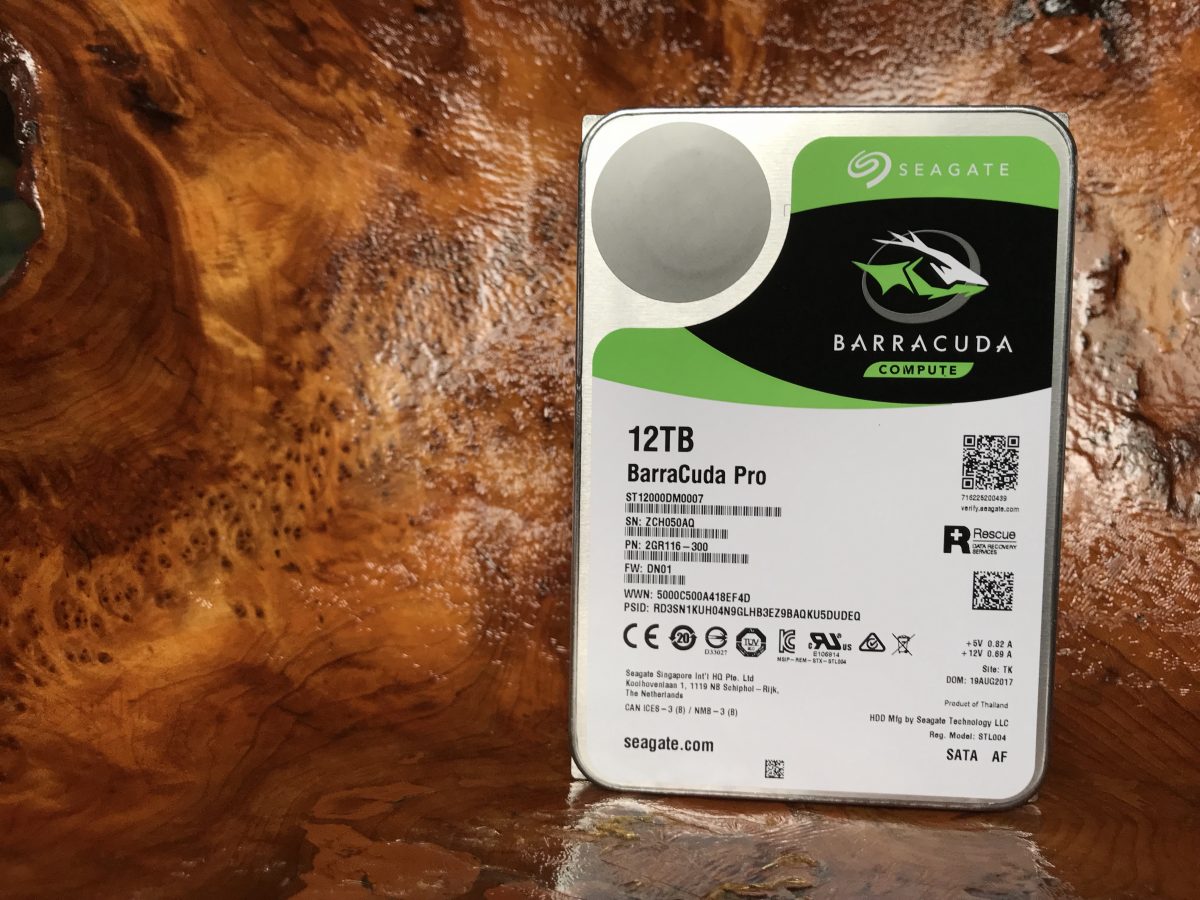 While tech gadgets have shrunk in size over the decade, data is getting larger and larger. Hence, the demand for storage space to accommodate data is getting higher every year. In the world of hard disks, size does matter and not to mention, the transfer speed of the disk drive is equally vital.

Thanks to Seagate, we were able to try out their latest 12TB BarraCuda Pro HDD and let’s see if it lives up to the expectation to meet your needs.

Here’s our review of this monstrous size HDD.

The 12TB BarraCuda Pro measures at 26.11mm in height, 101.85mm in width. It weighs 705g, which is consistent with its 8TB and 10TB predecessors. On the power management side, it draws only 7.8 watts, which is considered to be on the low-side.

According to Seagate, the 12TB BarraCuda Pro runs two times faster than standard drives for boot and load applications, which means the transfer rate can hit somewhere around 250MB/s. With the spinning rate at 7,200rpm and SATA 6GB/s interface, we expect no less from this HDD.

We did a test using the CrystalDiskMark benchmark, and as expected, the sequential test came up positive. The Read and Write speed for the BarraCuda Pro recorded 249 MB/s and 245 MB/s respectively. However, the results for 4K random read and write were not as ideal if you compare it with an SSD. They hovered around 0.924 MB/s for Read and 2.902 MB/s for Write.

Is it worth it?

The 12TB BarraCuda Pro is a storage beast with an impressive read and write speed. It is energy efficient, which is one of the major pros when it comes to building a PC or getting it as a backup. Seagate also attached a 5-year warranty to the product, which should give all owners a peace of mind.

Needs vary from an individual to another. For creative professionals like designers or film-makers, this could be seen as a fantastic alternative to SSDs, as they often offer less storage for a much higher price (understatement). To make a comparison, a 1TB SSD will cost about S$500.

So, is the 12TB BarraCuda Pro for you? You tell us.