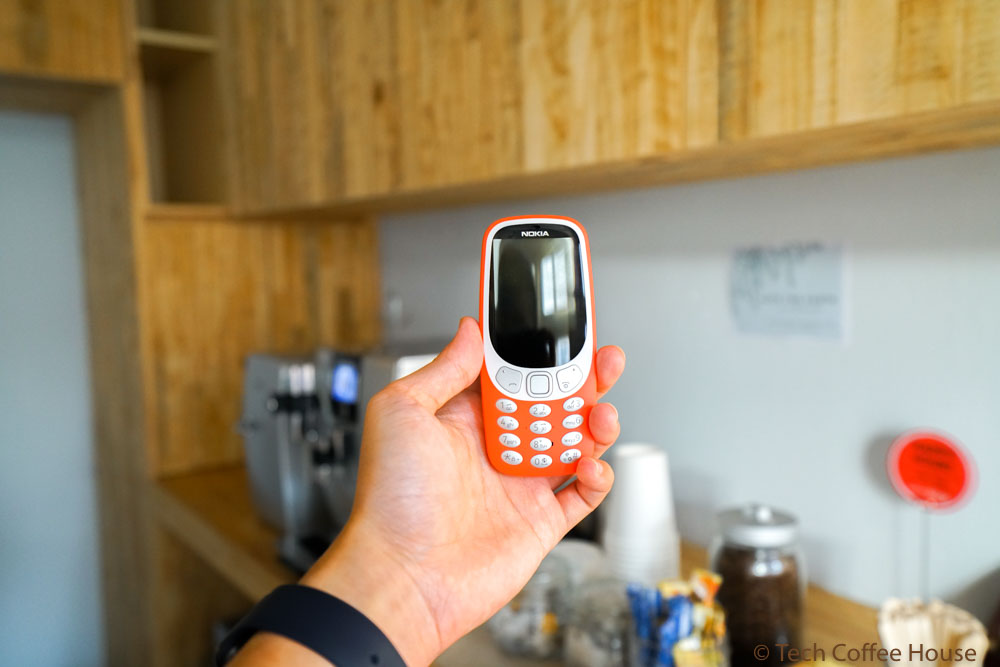 Nokia was once the most forward-thinking mobile phone manufacturer in the 90s to the early millennium. One of the most popular models they ever produced was the Nokia 3310, which was a subject of a series of memes on the Internet in the last few years. But not anymore.

This year, Nokia has decided to give the legendary Nokia 3310 a new lease of life by updating and repackaging it into a 3G-enabled “smartphone”, and it can be purchased off the shelves online. So is the new Nokia 3310 still relevant in today’s context?

Here’s our take on this popular phone that survived the prehistoric times.

The updated Nokia 3310 does, in some ways, resemble the old 3310 but they are not identical. The new model is slimmer, lighter and does not feel like a device that will leave a crack in the ground when dropped. The navigation and command buttons also saw a few upgrades with newly added navigation functions such as the shortcut to the camera and contacts.

That said, the texture of the keypad and the feeling of typing on it are on point as far as we can remember.

Integrating a 2MP camera at the back of the phone is a welcoming move. For people who didn’t know this, especially the younger ones, a 2MP camera was enough to impress friends and stand out from the crowd about a decade ago.

Unfortunately, we can’t say the same for the photos taken on this 3310 in this day and age. The image quality is merely passable on the device’s TFT LCD display. It gets worse when you put it on a smartphone. Here are some of the sample shots in outdoor and in the office.

The battery life on the 3310 has been great. After two days of light gaming, casual photo-taking and surfing on Facebook, we noticed only a 25% dropped in the battery life. This is equivalent to one bar back in the day.

Like the previous model, the battery is replaceable. The only difference this time around is that it charges with a Micro-USB charger.

And how can we forget about our dearest game on Nokia, Snake?

It too underwent a face-lift together with the handset. It looks refreshing but the control doesn’t feel as smooth anymore. The geometrical design on the background is a nice touch but it can be a little distracting.

If you are wondering, Opera is the default browser for Internet surfing on the 3310. Not only that, but Nokia also partnered Opera to develop an app store populated with many interesting old-school Java games, which we love!

It is a beautiful idea to bring back the good old Nokia 3310 (3G) with updated functions. You can still pretty much surf a lot of websites on this phone, but the resolution on display and the size of the screen will make your eyes feel tired after a short while. The surfing experience could have been better if the 3310 is Wi-Fi-enabled.

Having a camera is a sweet touch to the new model, but the quality of the image and video is just not something we will enjoy viewing in this era.

That said, there are two things we do like about the new Nokia 3310. First, the nostalgic feel and second, the Java games, which are easy to play and a great way to pass the time.

We will recommend people who survived the stone age like many of us at Tech Coffee House to buy the Nokia 3310 for memory sake. But we wouldn’t encourage the younger generation to waste money on this device unless it is a present for your parents.