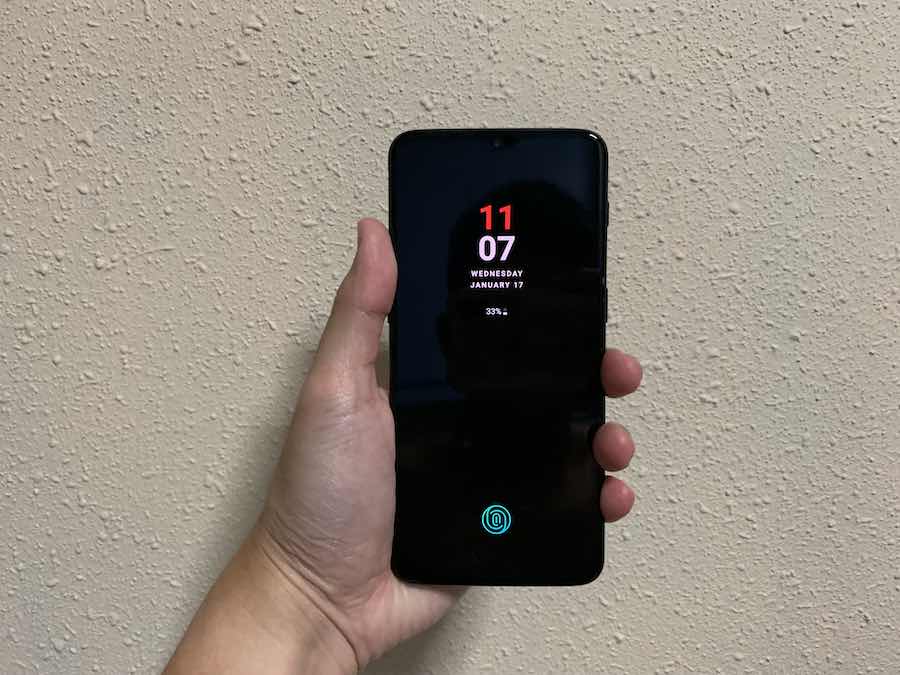 Let’s be honest. When we talk about the next smartphone to get, the OnePlus‘s flagships seldom come to mind. That’s probably because of an inferior marketing budget as compared to its competitors.

But since the launch of its first flagship in 2014, the Chinese smartphone company still managed to gain following around the world.

The reason behind their rising success over the years has a lot to do with their self-proclaimed title as the ‘Flagship Killer’.

It’s not difficult to understand why they are brave enough to claim such an honour.

Time and time again, OnePlus has proven that it can deliver the same high-end specifications as its competitors but at a fraction of their price tags.

The new OnePlus 6T is no different.

By introducing an 8GB of RAM ahead of some of its competitors whose still dragging their feet between 4GB and 6GB, OnePlus seemed to be sending a clear message –

Keep up or lose out.

The OnePlus 6T with 8GB of RAM that I reviewed worked like a charm. Although it’s not visible to my naked eyes, I did feel that the scrolling and swiping were blistering fast.

Its 3,700 mAh battery life also provided me more than a day’s power with light emailing, scrolling through social media, and taking photos.

In short, these are excellent sensors you want on your smartphone.

Each photo that I took was crisp and clear even in backlight conditions. Its telephoto lens also produced sharp images, and I won’t recommend taking it to another level by pushing it to the maximum 8x zoom. The noise level was obvious.

One of the most talk-about features of smartphone cameras these days is the night mode. While it’s not recommended by photographers to take night shots without proper gears, well, this is where we are heading towards. And OnePlus 6T is prepared for that imminent path.

The shots that were taken without the OnePlus 6T’s AI scene recognition were decent. Although the flash did help to bring out some details, it wasn’t enough to lower the noise level.

With the AI scene recognition turned on, the noise level was significantly reduced. However, the image did look deliberately sharpened. My personal preference? It looked good.

At the front of the OnePlus 6T is a 16MP lens with an electronic stabiliser and a Sony IMX 371 sensor. It’s bokeh aka depth of field aka portrait mode worked well. Of course, it’s not perfect, which means there were still hits and misses.

At this juncture, do allow me to digress a little.

We have to understand that a smartphone’s portrait mode is different from the professional lens on a $4,000 DSLR. A lot of debate has been going on in this area but if we recognise the limits of smartphone cameras, we will appreciate that what we have in our hands is not only good enough but nothing short of amazing because of innovations.

OnePlus 6T’s portrait mode, like many of its competitors, has leveraged on the limitations well and was able to produce selfies in good quality. But I have to admit that I overkilled with the beauty function that affected the overall quality on the right.

In the area of security, besides facial recognition, the OnePlus 6T also emulated its competitors with the in-display fingerprint sensor. It worked well and here comes the, however, if your finger is a little damp, then you might have a little issue with the fingerprint sensor. There’s no physical sensor anywhere on the device, so the best alternative is to use your pin or face, which was very responsive during my test.

Then again, the satisfaction of seeing the in-display fingerprint sensor was too phenomenal skip it.

Should you get it?

When it comes to the purchasing of my next smartphone, the key considerations are often about the cameras, battery life and speed. I do not see why the OnePlus 6T is not up there with the best.

No company in this world is trying to make a bad smartphone. It depends on whether it suits your needs.

From what I see, OnePlus is still learning. You can tell from every version of its flagships have undergone research and careful engineering by bringing the best features in the market into its latest device. Noticeably, the slider on the right that allows users to quickly switch to silent mode.

Should you get it? Given the price, I would say that it’s a steal. With smartphones now hitting over a thousand bucks, the OnePlus 6T is offering the same but a lot cheaper.

The OnePlus 6T is priced at:

The OnePlus 6T can also be found in the following shops: